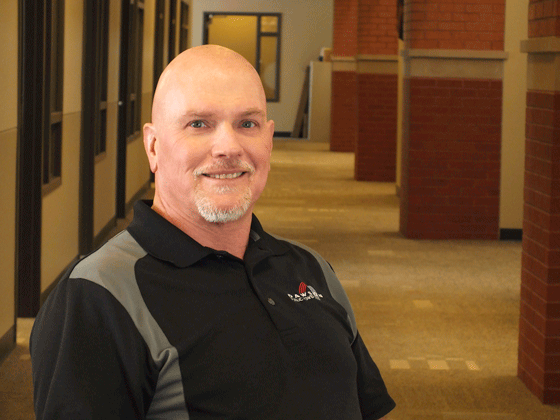 When you describe the personality of someone with a career in information technology, what adjectives come to mind? People may answer with nerdy or introverted. But what about extrovert or relationship-builder? For Dawson PPD’s Information Technology and Security Manager, Tracy Gordon, the latter describes his personality well.

After a 35-year career at Dawson PPD, Gordon has chosen to retire and follow his calling to serve within his church. Although he is unsure what that calling looks like, Tracy is confident that it will involve his passion to shepherd others.

A career makes up a large part of a person’s life, but it’s not all that they are. They are spouses, brothers and sisters, friends and volunteers. The same can be said for Tracy.

His career path wasn’t something he purposefully pursued. It just happened to be that way.

“I took a year off after high school because I didn’t know what I wanted to do career-wise,” he said. “We didn’t have computers at my school, so I didn’t have a background in them. Computer programming was offered by Mid-Plains Community College and it tweaked my interest. I didn’t know how it would turn out. All I knew was that I wanted a stable career, and this seemed like a good option.”

It happened to be a great choice, and Tracy would graduate and work at Dawson PPD a short time later.

“It has been so cool to see the big changes,” he said. “I went from a server room under the steps in the old office to designing the server room in our current building. I’ve helped our lineworkers move to better technology in their trucks so they can do their jobs better and faster. I helped our board members transition from paper books to laptops and now iPads. It has been humbling to find a job that has allowed me to help others and an employer not afraid of change.”

While the milestones of his career are worth noting, Tracy was even more interested to talk about his coworkers.

“At the core, I’m a relationship person,” Tracy said through teary eyes. He paused for just a moment, smiled, and said “I’ve spent over half of my life with these people. When people start working here, they tend to stay. I think that says a lot about how we treat and value each other and our customers.”

Tracy admits that it’s hard to put his finger on why he has decided to retire early, but he feels it is the right thing to do.

“I have to have a willingness to be obedient to God. There’s been too many coincidences lately to help me realize that this is an opportunity He is leading me to,” Tracy said.

“I value my family and I want to enjoy my time with them. I want to take advantage of the opportunities I’ve been presented.”

Tracy and his wife plan to spend some time traveling before exploring his calling later this Spring. No matter what his future holds, one thing is for certain: Tracy’s passion for connecting with and helping others will be a priority in his journey.