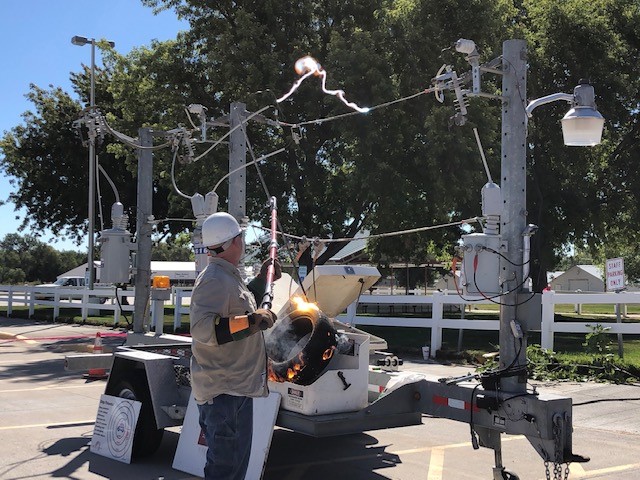 Dawson PPD had the opportunity to participate in NPPD’s Harvest Safety Tour on September 2. The goal of the event was to increase the public’s awareness of safety during the harvest season. The event was held at the Buffalo County Fairgrounds in Kearney.
Dawson PPD provided electrical safety demonstrations to attendees.
Other attractions included: