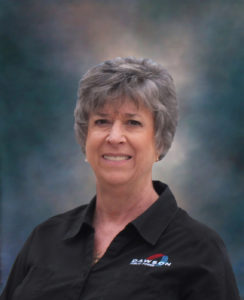 It’s February, we are supposed to see red – just not a red map indicating electric grid failure was imminent. Some of my readers undoubtedly lost power. I know my home did. But I’m an optimist. I believe there’s something positive to be gained so I’ll follow the advice of a friend (thanks John) who said, “never let a crisis go to waste.”

Our customers got a sneak peek into the power world that showed we aren’t and can’t be alone on the grid. There was never a finer example of teamwork than what I witnessed after the initial crisis surfaced. Until February 15, the Southwest Power Pool sat on my back shelf. I knew what they did, I knew how they did it, I just didn’t think it mattered to me personally. Ahhh, how wrong I was.The Southwest Power Pool is charged with making sure there is power where it needs to be when it needs to be there. It uses any/all generators and all transmission grids in a specific Midwest footprint to accomplish that. It monitors the grid to avoid system failures. If you’re wondering about that, go research the “great outage of 1965.” So those instituted rolling blackouts prevented another catastrophic 1965.

Other utilities that are part of the SPP understand that give and take is required to make it work. On February 16, there seemed to be a lot more taking than giving going on. That may have been true of that day – but there were days just last summer where SPP covered our load. In August, Nebraska Public Power District lost half of the Beatrice Power Station while Gerald Gentleman Station unit 2 was already down for unplanned maintenance. In September, Cooper Nuclear Station went offline for a scheduled refueling outage while GGS and BPS were still offline, making repairs. Had it not been for the SPP connection, Nebraskans would have seen rolling blackouts during that summer. Another benefit of being part of SPP: any major transmission project that benefits the group collectively is cost-shared. That saves Nebraskans money.

Critics had plenty to say. They were quick to point out all the failures. From my vantage point, I saw it differently. I saw the opportunity to learn more about the grid as a whole, to improve communication to customers, to understand the impact of losing baseload generation to renewable projects and to look objectively at our vulnerability and be a part of the solution.

What we (in the utility business) saw unfold was exactly what we’ve been trying to get across to Green New-Deal advocates. We don’t mind renewable energy, but if it cannot be reliable or stand on its own without subsidy, there needs to be nuclear, gas or coal plants to fill in the voids. Building those plants just to sit around waiting for no wind, no sun, sub-zero or oppressive-heat weather events, would be cost prohibitive and a flat waste, too. Those plants must operate. There was no better “real life” lesson than what happened February 15-17.

I think I can speak for many public power districts; we do not like taking center stage.  We prefer and work better in the background supporting our customers. Much like all outages, it reminds us not to take electricity for granted. We will continue to work for you and look at steps to improve how we reacted and how we can prevent another crisis like this. To do this, we must be part of a bigger team.

Take note that throughout the entire article, I avoided politics. This isn’t political. It isn’t a left or right issue. It’s a people issue, a team project, a teaching moment, a learning adventure and above all, a lesson in taking care of each other.